Foreword by William A. Dembski

Edited by Michael A. Flannery

No. 1 New Release in Creationism and Science & Religion

Alfred Russel Wallace (1823–1913), co-discoverer of natural selection, was second only to Charles Darwin as the 19th century’s most noted English naturalist. Yet his belief in spiritualism caused him to be ridiculed and dismissed by many, leaving him a comparatively obscure and misunderstood figure. In this volume, Wallace is finally allowed to speak in his own defense through his grand evolutionary synthesis The World of Life published over a century ago in 1910. More than just a reprinting of a near-forgotten work, Michael A. Flannery places Wallace in historical context and includes the very latest historiography relating to both Darwin and Wallace in his detailed introduction. Flannery exposes Charles Darwin’s now-famous theory of evolution as little more than a naturalistic cover for an extreme philosophical materialism borrowed as a youth from Edinburgh radicals. This is juxtaposed by his sympathetic account of what he calls Wallace’s intelligent evolution, a thoroughly teleological alternative to Darwin’s stochastic processes. Though based upon very different formulations of natural selection, the Wallace/Darwin dispute as presented by Flannery shows a metaphysical clash of worldviews coextensive with modern evolutionary theory itself—design and purpose versus randomness and chance. This book is for anyone seeking to understand the historical and philosophical roots of a controversy that still rages today.

Michael A. Flannery is Professor Emeritus, UAB Libraries, University of Alabama at Birmingham. Professor Flannery has published extensively in medical history and bioethics, winning the prestigious Edward Kremers Award in 2001 for distinguished writing by an American from the American Institute of the History of Pharmacy, the Murray Gottlieb Prize in history by the Medical Library Association in 2002, and the 2006 Publishers Award of the Archivists and Librarians in the History of Health Sciences. This is his tenth book.

Click on the tiles below to read the series about Alfred Russel Wallace and Intelligent Evolution from EvolutionNews.org. 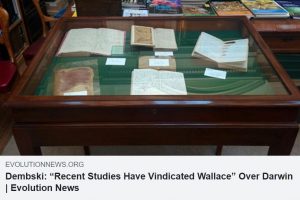 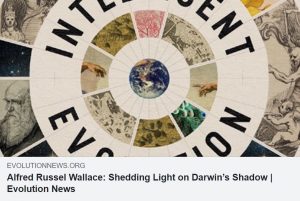 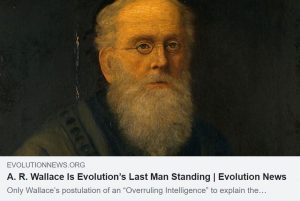 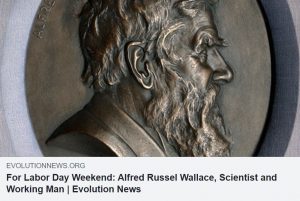